For the truly charitable client, nothing has changed, except there is a potential problem with some older estate plans that called for charitable bequests based on whatever was in excess of the decedent’s applicable exclusion amount. Of course, the same problem exists for surviving spouses who depend on marital trusts being properly funded after the largest amount possible passes to the family trust. In light of the increasing exemptions, some estates might find assets originally targeted as bequests being passed to non-charitable beneficiaries under language of an outdated will or trust. The old rule of wealth was to pick your parents wisely. However, under EGTRRA 2001, a new rule may evolve — time those deaths carefully. In the “best of all worlds”, schedule death between January 1st and December 31st of 2010. Why? The estate tax disappears for that one year and then reverts to the pre-2001 rules. Cynicism aside, this is a terrible way to plan for business continuity as uncertainty makes succession that much harder. Clients are going to find they need two plans, one to address a reintroduced tax and one for no tax. That complicates planning and increases costs. For those interested in controlling social capital, the use of charitable planning tools may offer some certainty. While non-grantor, non-reversionary charitable lead trusts might be less attractive to the “number crunchers” under the new laws, remainder trusts will see further use, especially since heirs may be inheriting assets that won’t step up in basis.

The classic use of a §664 charitable remainder unitrust (CRUT) still remains a tax advantaged planning strategy for families with closely held firms. While S Corporations may have their stock transferred outright to a charity and not lose the S election, it’s not an option for use in a remainder trust, so the C Corporation stock redemption is the only way to go with a CRT strategy.

Why use a CRUT? It allows for ongoing contributions of stock to continue limiting the estate size, while a CRAT offers only a one time contribution. Besides providing an immediate income tax deduction, it also reduces the size of the trustmaker’s taxable estate and funds the donor’s retirement income, all without triggering capital gains taxes when the stock is transferred.

George Ross (67) is a typical owner, a self-acknowledged control freak; he plows everything back into the business and defers taking salary and benefits. He’s the kind of owner that follows his employees around turning off light switches to save on electricity and his whole life has been wrapped up in his business. With all of his estate tied up in illiquid company assets, he approaches retirement with a potential retained earnings problem (§531), a limited pension plan and heirs working their way up the management ladder as minority owners. If George depends solely on a buy-sell agreement funded with life insurance, his heirs (who may then develop their own estate tax problems) won’t get the business until he passes on and the insurance self-funds the stock redemption at death. However, the inflated value of the business is included is the estate, subject to tax. If George sells the business to his children, he stands to lose a significant portion of the proceeds to capital gains liabilities. If he tries to have the corporation redeem his stock without using the CRT option, then he may run afoul of the partial redemption rules (§317, §318, §302).

As long as all the stockholders have the same offer to redeem shares at fair market value (Palmer v. Commissioner, 62 T.C. 684 – 1974), the (§4941) self-dealing restrictions won’t apply to the CRT. Once cash redeems George’s stock from the corporation (in some states a note works too) his stock is retired and the remaining stockholders will see their prorated ownership change. Properly done, the heirs will wind up as majority owners and dad’s remaining shares may qualify for additional contributions to his CRUT or be valued at a discount in his estate because of his minority position.

Hypothetical evaluations are provided as a professional courtesy to members of the estate planning community. Call for suggestions or seminar schedules on upcoming workshops for professional advisors, nonprofit development officers and charitable boards. 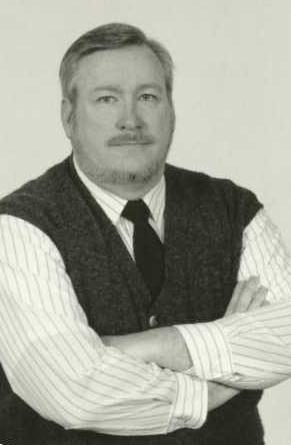 CONTACT US FOR A FREE PRELIMINARY CASE STUDY FOR YOUR OWN CRT SCENARIO or try your own at Donor Direct. Please note — there’s more to estate and charitable planning than simply running calculations, but it does give you a chance to see how the calculations affect some of the design considerations. Which tools work best in which planning scenarios? Check with our office for creative solutions.